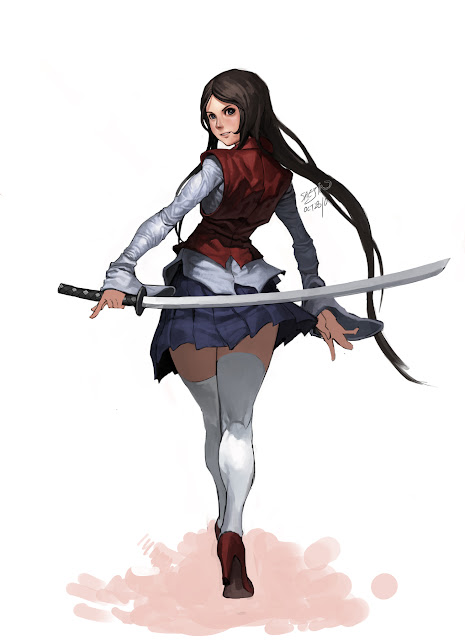 Not finished as usual, but oh well. Haha.
This piece is particularly meaningful because it was the last piece I did on Painter before the program crapped out on me - and corrupted the file. It was this piece I decided to switch to Photoshop. Since 2003, it's been sitting in my hard drive quietly, waiting for me to get back to it. I finally got around to work on it. 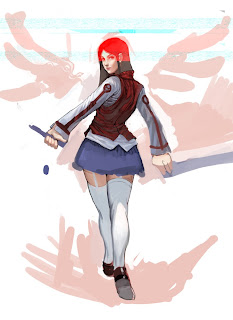 So this is the state the file was left in, brought to you by the wonderful Painter. Ever since this piece, I never drew another piece on Painter ever again. I was already using Photoshop about 70% of the time by then, anyway.
Anyways, I'll be going on a bit of a hiatus. I'm not sure until when. You'll know when I'm back.
Cheers ya'll :)
Labels: color 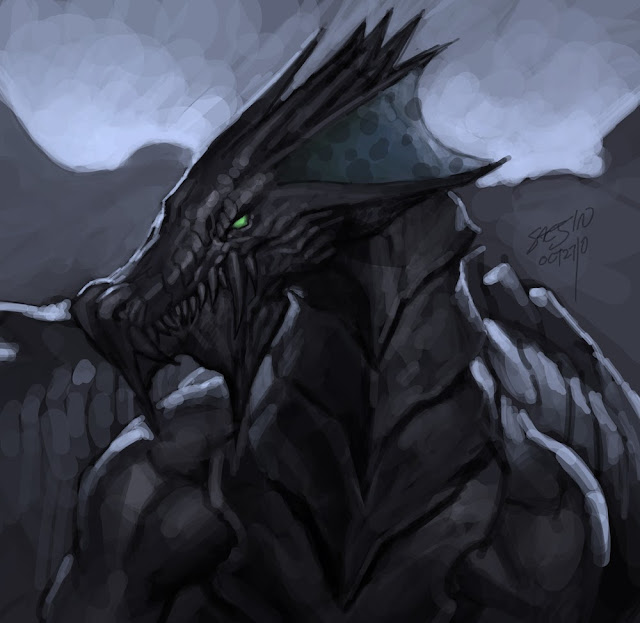 I think I like using this painting style... It's much easier to manage values and form, and it basically is the digital equivalent of sfumato technique. The slow build-up of the value seems to work quite well for me.
Anyways I felt like drawing a dragon after watching Cataclysm trailer lol.
Labels: color 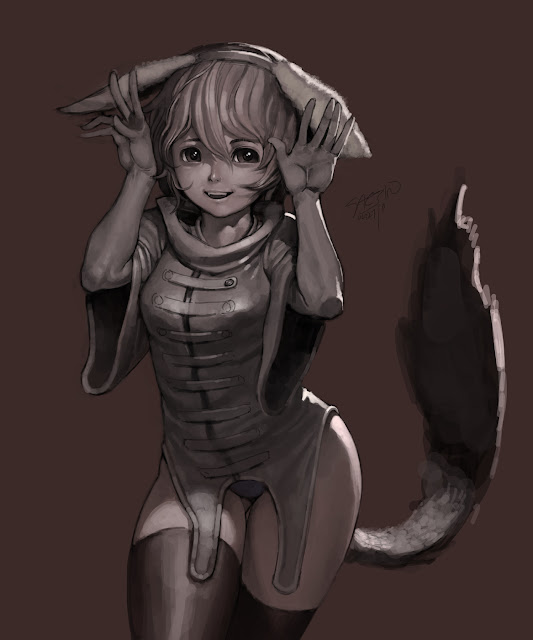 Stuff done today. Trying out an old style I used to work on. Seems to work much better than I previously thought - Using a flat brush with lowered opacity. You may know what I'm talking about. 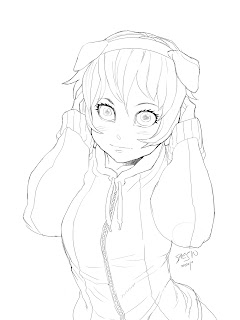 It's a re-work of this piece I've done few weeks ago, btw. lol
Labels: color

Harvest of the day 5 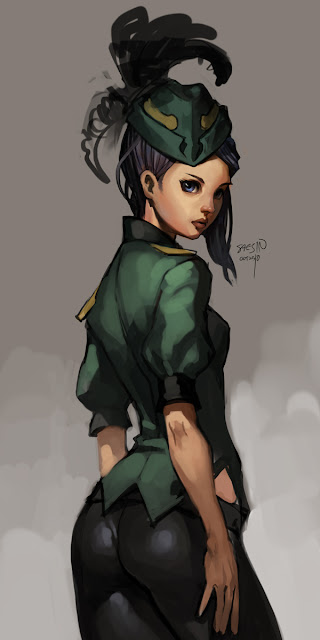 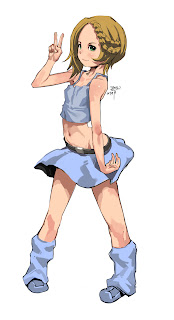 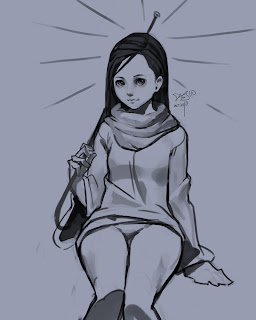 A bunch of them today.
Labels: color

Harvest of the day 4 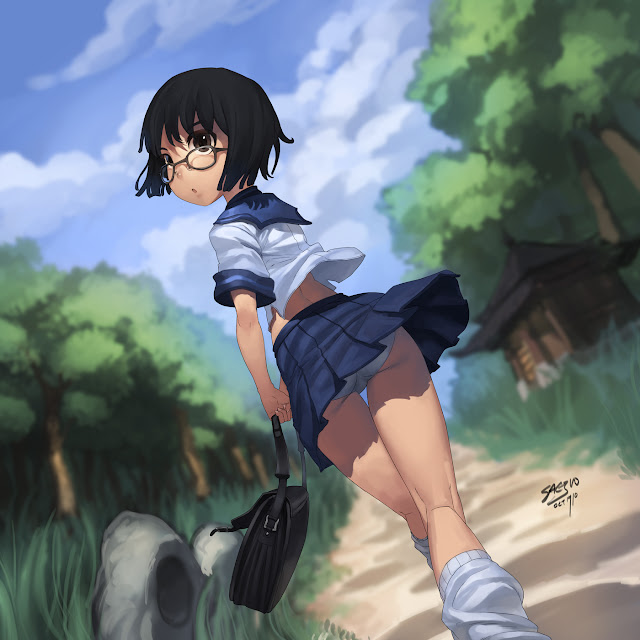 So I bought this little baby recently to compliment my current workflow. Before the purchase, I was pretty much desk-bound for the entire process because I both sketch and paint digitally, directly on computer. The stationary nature of my work usually meant being physically worn out as well as mentally exhausted. Sitting in front of your desk for 5~10 hours straight isn't your typical dream job.
For the longest time, I've been looking for a TabletPC (With Wacom Penabled technology) suitable for use as my mobile workstation. Up until early this year, the only available option that is affordable was HP's notorious Touchsmart TX series with AMD processors. They got extremely hot, and the battery-life was nonexistent. Not to mention the abysmal performance mobile AMD processors provided.
HP has smartened up switching to the Intel's new ULV (Ultra Low Voltage) processors when they rolled out the new TM2 series. Now it's faster, but with much lower power usage. I'll talk more on this later.
So was this tablet PC worth my purchase? Keep on reading to find out.
Before ordering...
I didn't quite know what to expect from this little tablet laptop. The reviews on the internet were pretty much by non-artists and they did not understand the artist aspect of things. They approached the whole reviewing process as they would with any other typical laptops. All the reviews lacked certain information I was hoping to find. I was left to imagine those aspects and functionality. For most part, though, the machine seemed capable. I was a little skeptical of the CPU due to its low clockage, but the RAM was spacious, HDD generous, and the graphics chip seemed fast enough. Apparently you can run most of modern games on this laptop at mid to low settings and I can confirm that. At least with Civ5 which ran quite fine for me.
Anyways, as soon as I hit 'order' button on the internet, the laptop came to my door within 24 hours. One of the benefits of living in Korea.
As soon as I received my unit, I began testing on the various aspects of the laptop and eventually I came with a number of pros and cons. I'll talk about my final impressions after the bullet points.
Pros

Conclusion
HP Touchsmart TM2 series is the newest and the best entry to the tablet PC market, though that's not saying much as most Tablet PC's are pretty crap (Thus the reason I haven't bought one until now). This one shines in terms of performance, usability and affordability, especially considering most Tablet PC's are well over $1000USD.
Despite TM2's many faults, most of them are easily mend-able by few extra purchases. Too bad the screen is not replaceable, though. That's the only glaring weakness I see as being critical. I think it was very well worth the purchase and I see myself using this laptop for quite some time - sketching stuff both at home and on my travels, or even for casual computing.
Labels: review 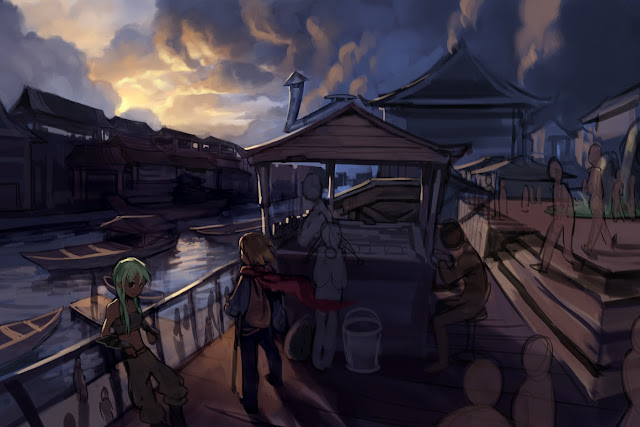 Any word of encouragement? hehe.
Boy, am I easily bored or what.
Labels: color 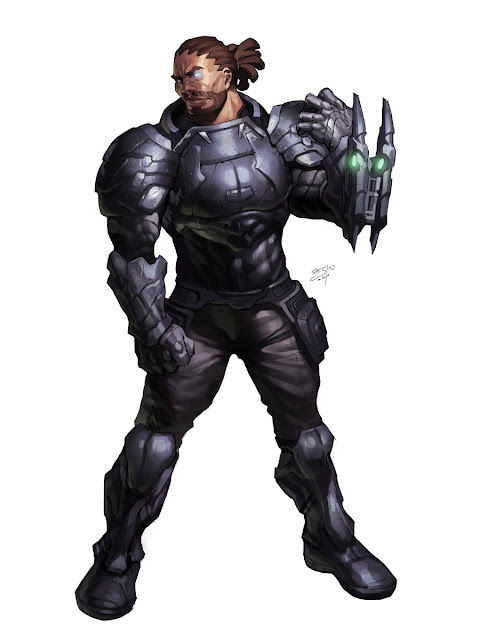 The dude's name is Boriken, I think.
For David Murphy and his comic project: http://en-mercs.creativechamber.com/ 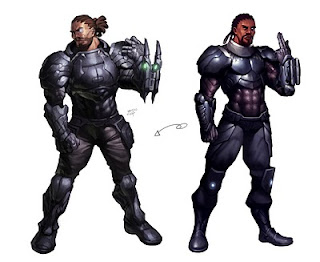 Also the changes he went through.
And a timelapse vid to accompany it. 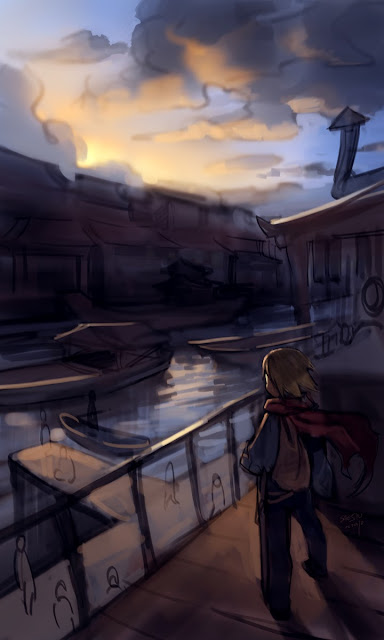 I may finish this later (most likely), but for now I'm gonna be away for few days.