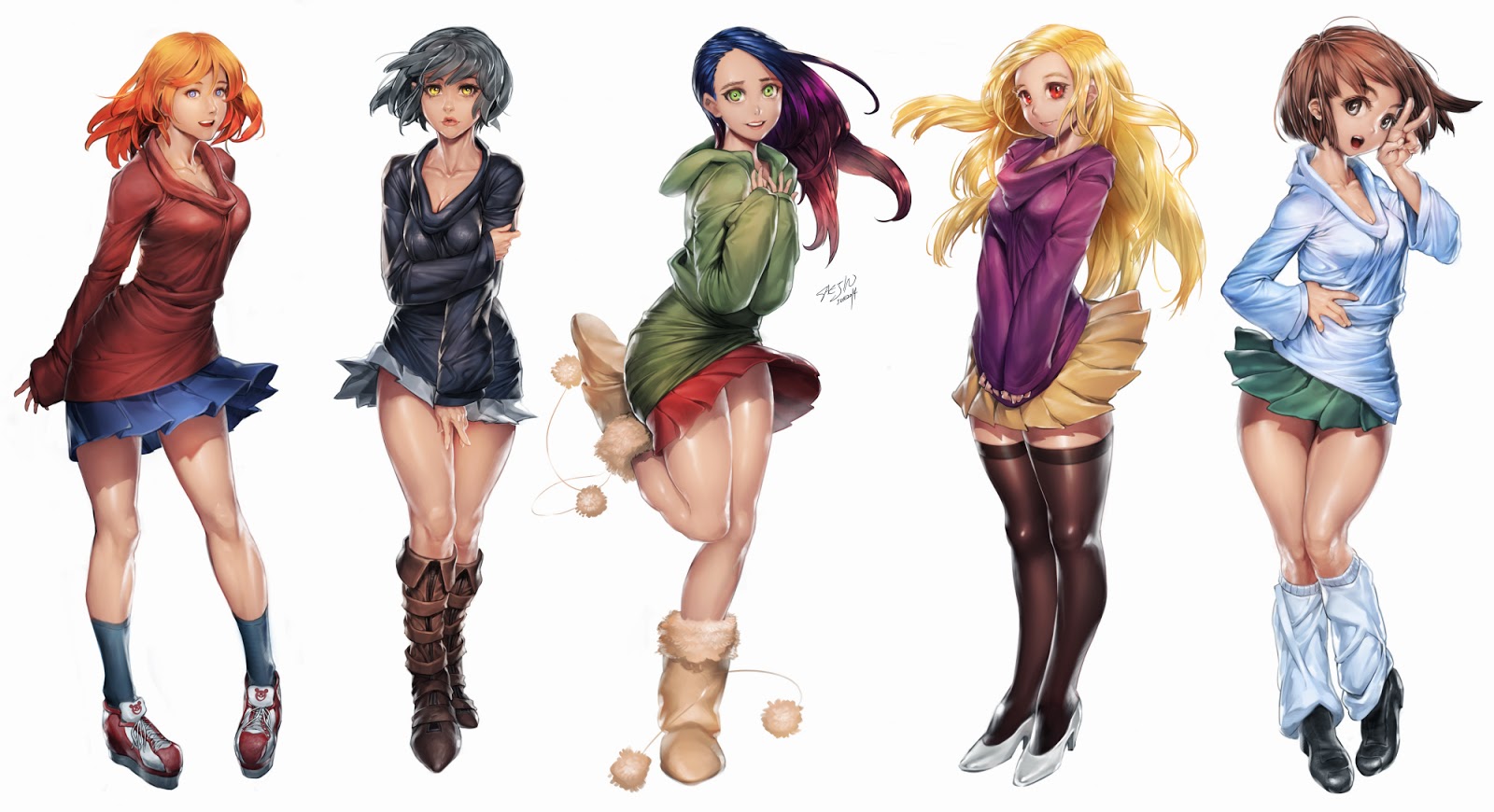 Four years ago I was working on a magazine tutorial piece regarding art style. I wanted something extensive that covered variety of characters and styles, but as life goes, you don't always get what you want when you want. Things like your skill, condition, and time constraint factors in to what you can realistically produce.

And I just happened to have chosen the wrong time to tackle the piece. Below is how far I got with it back in 2010:

Not that I was absolutely terrible back then - I could have reasonably done it had I given it a chance, but back then I was too ill and too tired. Healthy body healthy mind. I can't emphasize enough about keeping your body well maintained. I was too young and too naive to understand the concept and I suffered for it. Something for all of you out there to keep in mind.

Combined with approaching deadline, sleepless nights and overall low morale, I eventually reconciled and opted for more simpler, streamlined approach. Reduce it down to just 2 characters to symbolize the stylistic difference, and just render the upper body. Starting to sound familiar? Because you've seen the piece already:

So that's what became of my failed attempt back then. I wanted too much in too short of a time with too little. And now I've revisited the piece because I felt that I could.

Well, so that's about it. Enjoy.

I'll leave you with individual views plus timelapse video below: 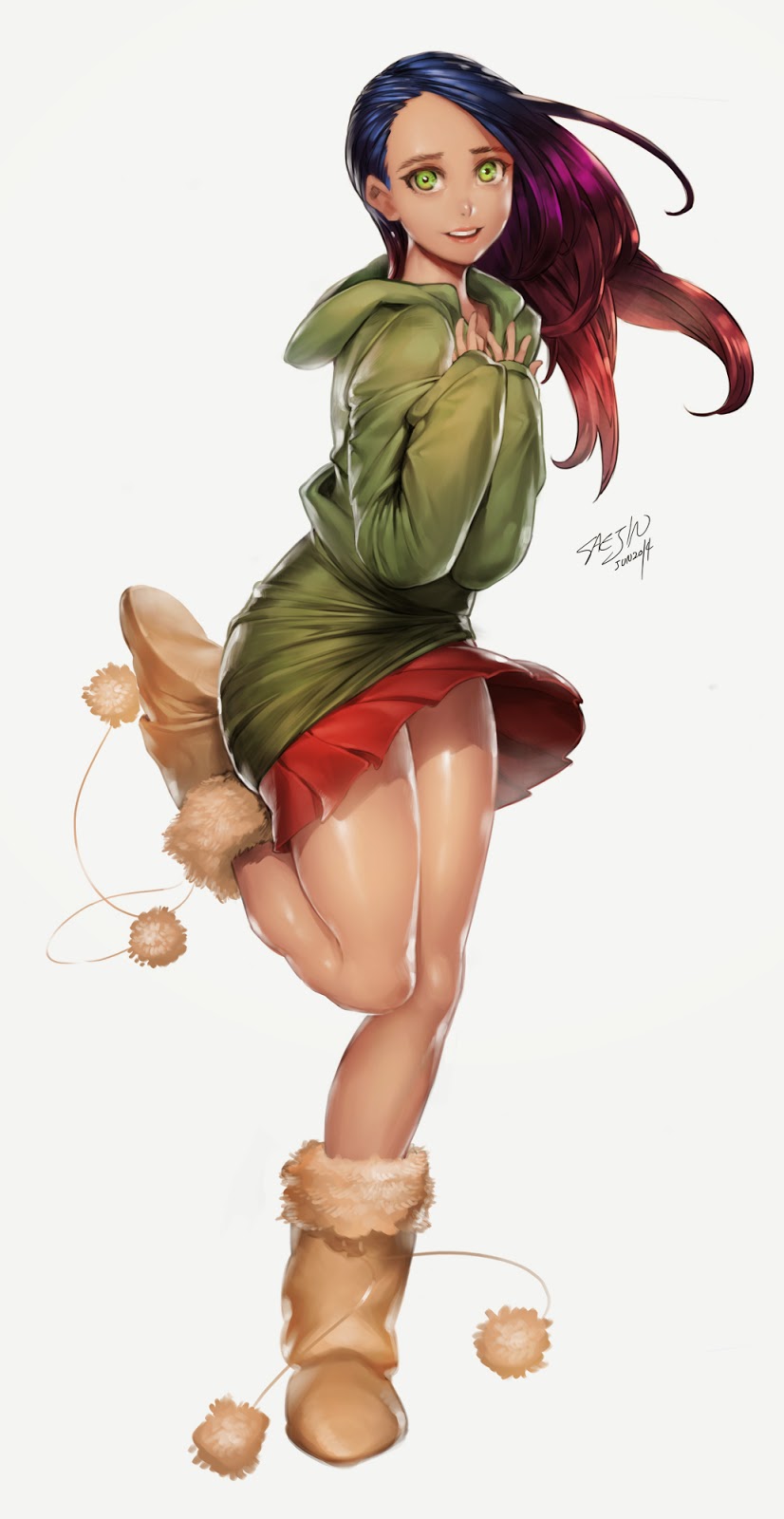 As usual, the vid goes online when it finishes processing. 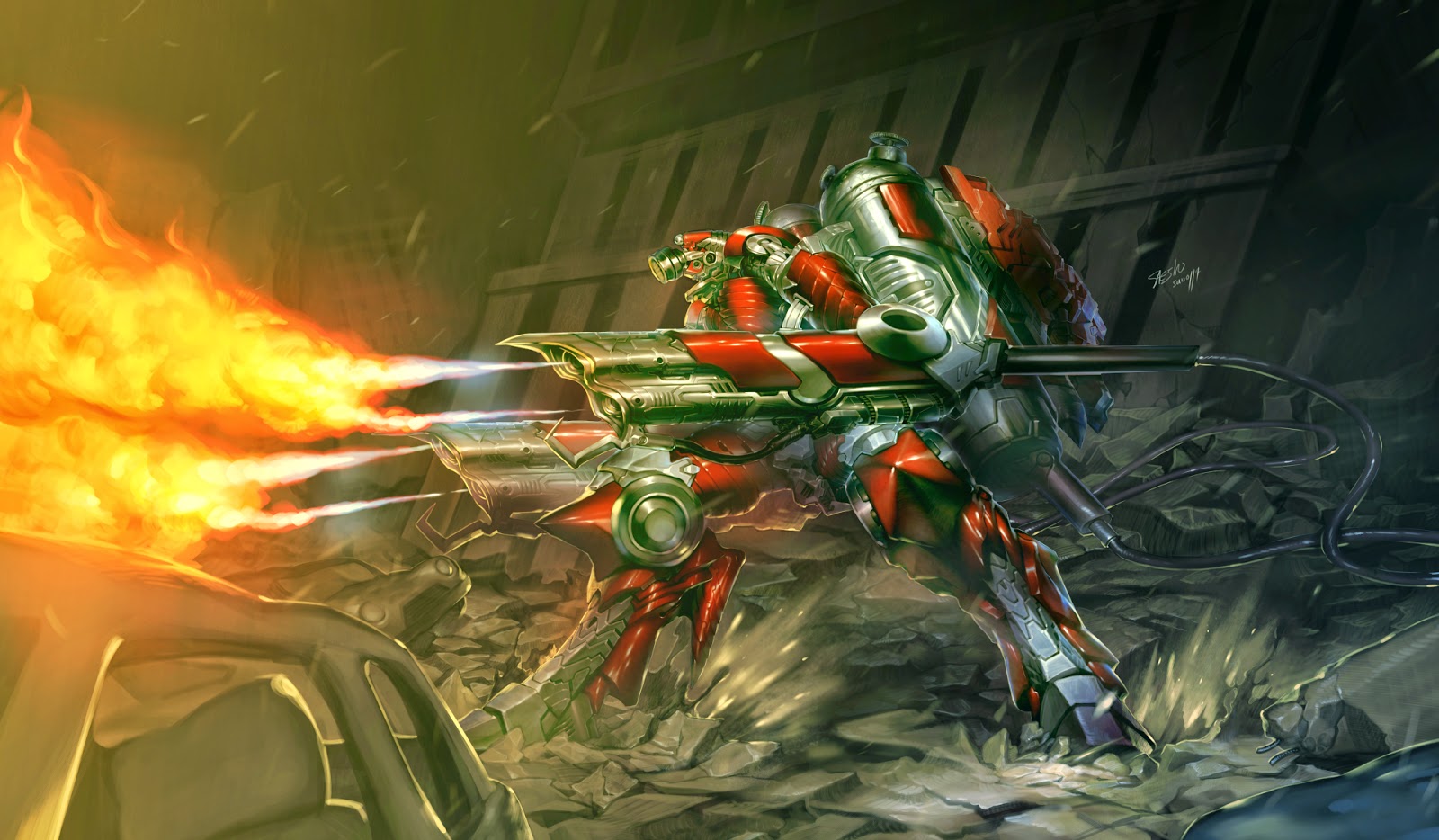 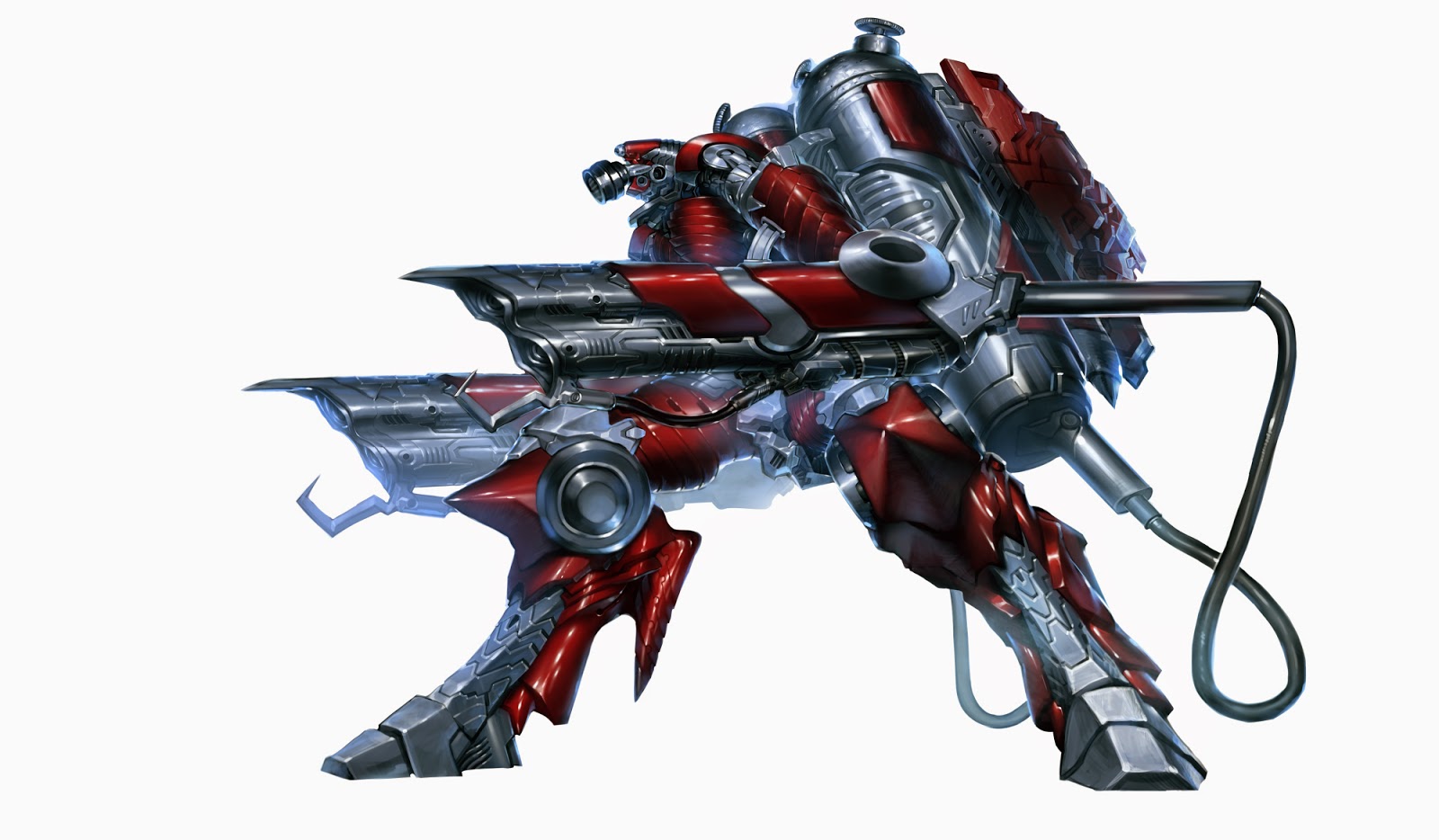 One of the last three En-Mercs (http://www.en-mercs.com/) series. This one's called Bhel and has flame throwers as its main weapon. 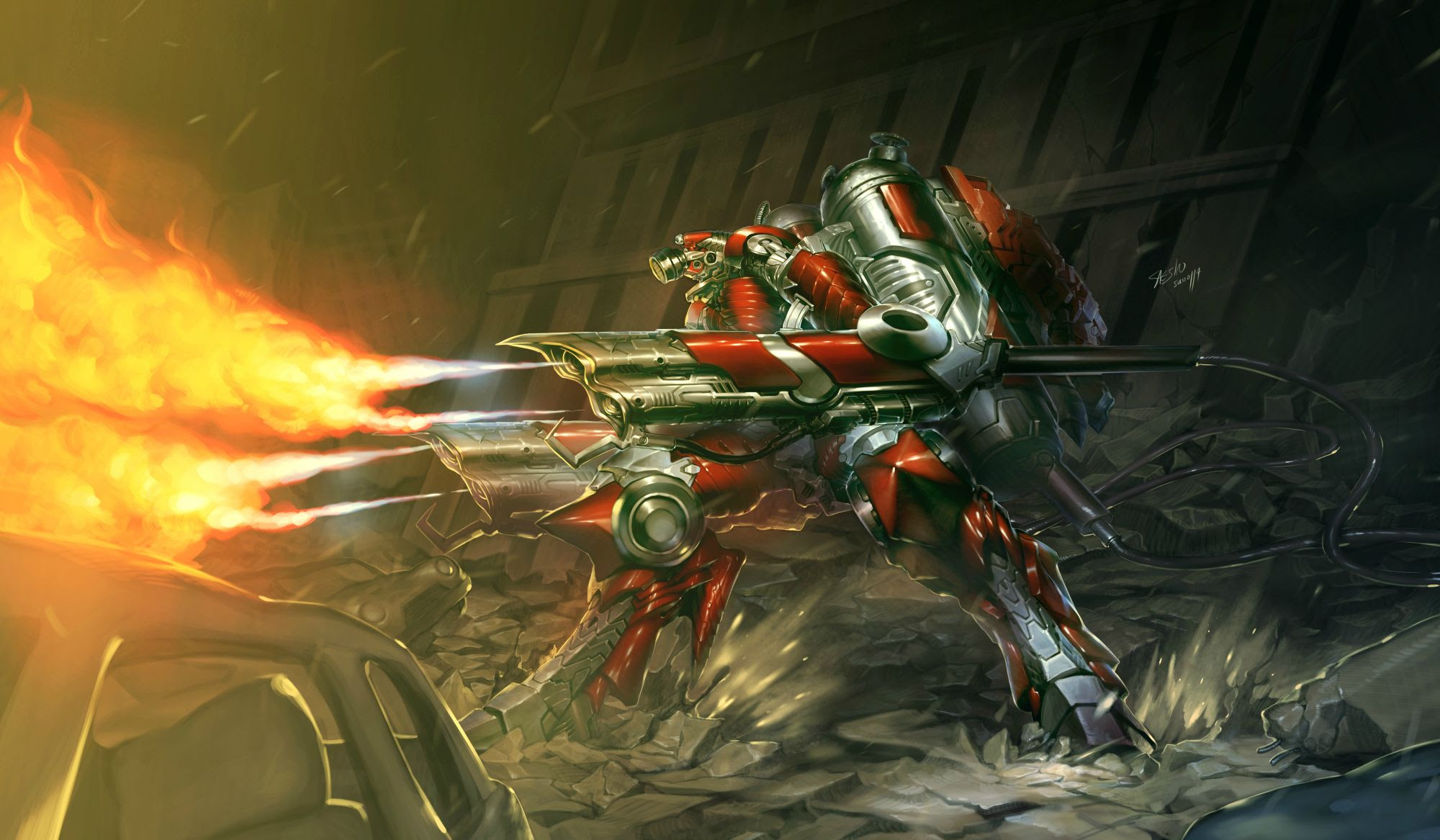 And also Youtube vid as usual. Available when it is.


That is all.
Newer Posts Older Posts Home
Subscribe to: Posts (Atom)