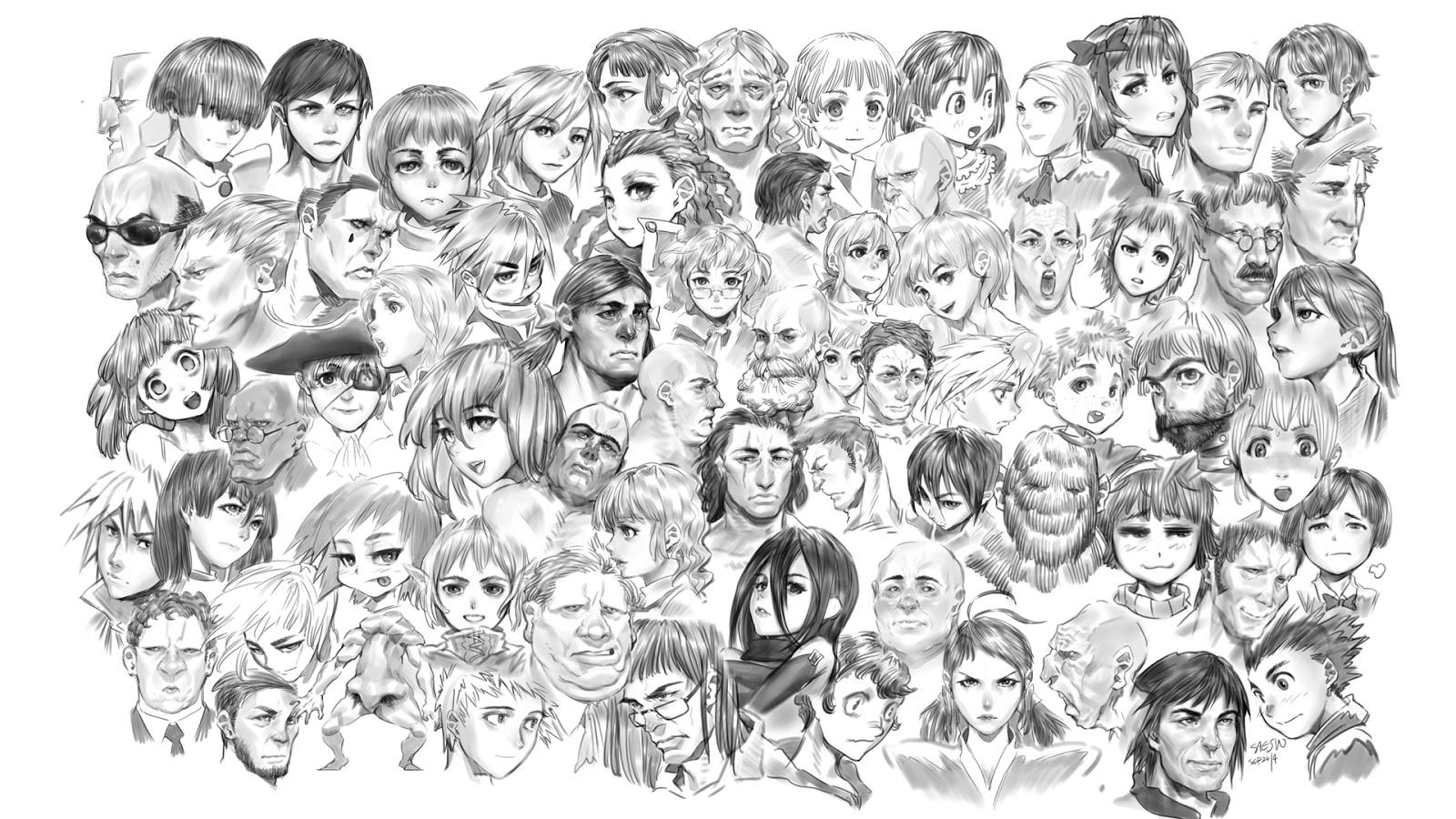 Well, I had imagined going totally nuts on my intro video and make it overwhelmingly epic. But then the life crushes any soul out of you and leaves you as husk of a man.

So what I had in mind was an intro video where I narrate whatever I need to give new viewers some idea of what my channel is going to be - and a time-lapse video of me drawing a bunch of different faces playing behind it.

Well I ended up drawing that epic background piece for over 10 hours and even when sped up by 10 times it still ended up around at 1 hour and 15 minutes. But still, at the time I was like all "cool cool, it's just gonna be even more epic."

But then I had over-estimated how long the actual narration was going to be. I had a cannon shell ready but I ended up getting a pea-shooter clocking at measly 2 minutes and 43 seconds. Not even enough to display me drawing each faces for 3 second.

I mean it's already nail-bitingly horrifying the sound of my own voice coming out of the speakers. I couldn't even fit in the epic background in a reasonable way. So the video got cut to bite sizes, with only a handful of faces making a semi-decent appearance.

So hopefully I won't go overboard in the future vids and make reasonable concession on the fly before I make any heavy commitments. Morale of the story? Dream realistically. Don't aim for the moon. Just shoot the damn stars already.

Oh and the unedited raw video so you can enjoy the process in its full glory. Online when it is. 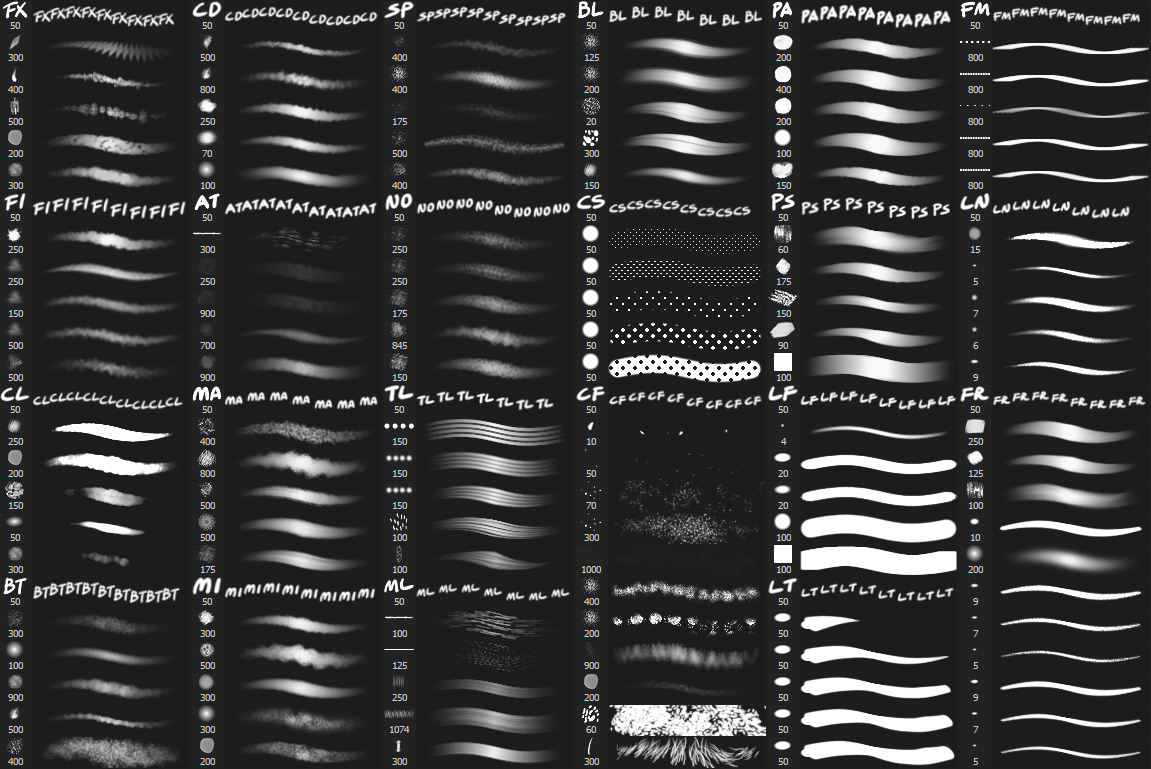 Download Here
For Photoshop CS or higher. (Only tested with Photoshop CC but should work with CS AFAIK)

Last bit of organizing before the recording begins. This one was quite a bitch to put together.

What I had to do was - I basically had to go through over 200 brushes I've made in my time with Photoshop (That's like since 2003), selecting only the ones that moderately worked and discard the rest. Then I had to categorically organize them, and to help with the navigation I created a number of divider brushes to mark the category inserted into every 5 brushes. I then had to make sure the labeling relatively accurately represented each sections (Which I had to do over and over, with some categories being deleted and made over about 10 times), then shifted the brushes around a bit more for better categorization. And then I tested the brushes again to see they worked as intended. Also I tested the performance of most brushes so they were not a resource hog (Although there still are some), re-making some of the brushes to be more speed friendly. Again then I had to create a couple more brushes to fill the quota, and finally then gave all the brushes a new name to be more intuitive and easy to recognize (And because the names were kinda cheeky before).

The brush organization was a pure chaos before this work was made. To the point where I just never used most of my own damn brushes. I probably still won't use most of these brushes but I'll probably use them more than I did before. Seriously, I used to use like 5 brushes. Now I can at least see what's where. Oh, and also I did a bit more testing and researching to make a new main brush. The one I used mainly before had a single fatal flaw - in a very specific angle the smoothness of the brush broke down and gave a sharp rendering which kinda messed up with my shading tech. Now there's a brush that fixes the issue and replaces it. I'm hoping to get quite a bit of mileage out of the new main brush.

This brush set should comprehensively cover most aspect of digital painting, from heavily rendered style to digital comics. I'm releasing this as a free for all so you may use this commercially. No credit needed. Just don't go around saying you made this.

At some point down the line I'll be doing a brush tutorial covering some of the better brushes, if not all. Well, enjoy the brush set until then. I may get to swatches some day but that thing's still a big mess so don't hold your breath.